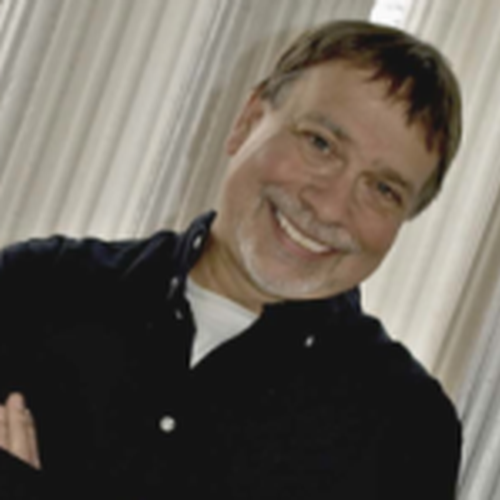 A talk by Mark Spencer
Dean, School of Arts and Humanities and Professor of Creative Writing, MFA program, University of Arkansas at Monticello and Writer's Digest

Categories covered by this talk

Reading well has very little to do with speed. So forget about how fast you can read. What’s far more important is comprehension, and for the writer-reader, that means discerning nuances and subtexts, understanding the unstated, the merely implied, and being able to infer the significance of each detail—how it is part of an integral whole.

Nothing is gratuitous. If you find yourself saying about a novel you just read, “Oh, I just skipped those parts,” then either you’re missing the significance of “those parts,” or the novel isn’t as good as it should be. Therefore, assume that everything in a story has a valuable purpose until you can confidently make the judgment that the element is gratuitous and therefore a flaw. With persistence, a writer should be giving the reader something new, something that drives the story forward. Ideally, every sentence enhances plot, character, setting, and/or theme.

In life, whether an action is appropriate or inappropriate, lawful or unlawful, moral or immoral depends on time and place. We’ve all done things in our lives that would have gotten us in big trouble in another culture or in another historical period, but because we conducted ourselves in a particular place and time, our actions were deemed acceptable, maybe even admirable. For example, forty years ago, no one questioned a university professor’s practice of posting class grades by student name on his office door for all the world to see. If a professor did that nowadays, he would likely get sued by his students for violating their privacy.

The setting of two or more objects, situations, or actions side by side is “juxtaposition.” The device connects the two things. In “The Story of an Hour,” Louise Mallard’s grieving over the sudden death of her husband is juxtaposed with a lovely spring day outside her open window. Birds are singing. The sun is shining. Peddlers are advertising their wares. The juxtaposition of this setting with her grief over her husband’s death reveals what Mrs. Mallard will soon realize: her husband’s death is not entirely a bad thing. Not at all. She will now be free to live a full life out from under the oppression of marriage. Spring time suggests rebirth. Birds suggest freedom. The open window itself suggests escape. She can now accept what life offers, just as she might purchase the wares of the peddlers. (Remember that everything is context. Marriage is not necessarily oppressive, but it clearly is in Chopin’s story.)

We’ve already noted how much attention Kate Chopin gives to describing the day outside Louise Mallard’s window. Chopin doesn’t merely write, “It was a nice day outside.” The emphasis—the accumulation of details—indicates that the weather and activities outside Louise’s window are of some weighty significance.

When something is repeated—an image, an action, a spoken phrase—it becomes a motif. Rich, complex works of literature consist of several and often intertwining motifs, something like a Persian rug. In Gone With the Wind, for example, Scarlett O’Hara’s saying time and again, “I can’t think about that now. I’ll think about it tomorrow,” is a motif and underscores a critical aspect of her personality and ability to deal with adversity.

The kind of repetition we’re talking about deepens character, adds texture to setting, conveys theme, and/or propels a plotline. It is not mere redundancy. It is planned and purposeful.

A story cannot mean whatever you want it to mean:

Sometimes students in an English class will argue that readers are free to make a work of literature mean whatever they want it to mean and evaluate its worth in any way they wish. In a way that’s true, but it’s also true that there are good interpretations and evaluations of a work of literature and there are bad, even nonsensical interpretations and evaluations, ones snatched out of thin air and completely unsupported by textural evidence.

A good interpretation or evaluation is always supported by evidence from the text. You should be able to show how juxtaposition, emphasis, and repetition, as well as diction, syntax, and imagery, lend themselves to the meaning you infer.

Ask yourself questions and look for connections—those intertwining threads. Why does Kate Chopin have Louise Mallard go upstairs at the beginning of the story and have her descending at the end? Why does Kate Chopin use the word “creature” to refer to human beings? Is there a link between that word choice and Mrs. Mallard’s name? What is a mallard? Why is the main character referred to as “Mrs. Mallard” at the beginning of the story but only as “Louise” later?

Have you got yours yet?

The "Plot Pass" is a must if you want to get the most out of this event.